Corfu is a traveller’s dream beyond spaces.
At the edge of the northwestern frontier of Greece, Corfu is probably the imperial jewel in the Ionian crown. Lush with greenery and olive trees and splashed by turquoise waters, it is the second largest of the Ionian Islands. Corfu’s Venetian, French and British past makes for a fascinating cultural, historical, even architectural trajectory, while Odysseus, the hero of Homer's epic poem the Odyssey, was washed ashore in its emerald waters before finally returning to Ithaki. Once a preferred holiday destination for the aristocracy of Europe, Corfu remains today one of the most sought-after destinations for sophisticated international vacationers.

An air steeped in history surrounds Corfu’s Old Town, an UNESCO designated world heritage site. To defend the maritime trading interests of the Republic of Venice against the Ottoman Empire, celebrated Venetian engineers designed the Old and New Fortresses found in the town. Neoclassical mansions date partly from this period and partly from the British influence of the 19th century, while ochre and pink define their exteriors. The beautiful Spianada Square (Esplanade), which is the biggest square in Greece or even better the biggest in Balkan, beats vividly with cosmopolitan cafés and age-old taverns, while the Liston building, standing in its western side, was inspired by the architectural style of the Rue de Rivoli in Paris. The square is home to an English-style cricket ground, where hopeful cricketers and professionals bat with conviction. The island’s rich heritage is ever present, whether showcased in the Archaeological Museum or celebrated in the Museum of Asian Art, once the Palace of Saint Michael and Saint George, built as the British Lord High Commissioner’s residence.

In the town’s southern outskirts, at Kanoni, the site of the ancient capital, stands the glorious Mon Repos, the royal estate and birthplace of Prince Philip, Duke of Edinburgh. Initially commissioned by the second British Commissioner of the Ionians Sir Frederic Adams for his Corfiot wife, the imposing palace with the distinctive colonial elements is most probably the ideal spot for a regal visit. In an island steeped in history and legend, Mon Repos still has to compete with Achilleion, the palace built by Empress Elizabeth of Austria in the late 19th century near Gastouri and named after her hero and greatest warrior of Homer’s Iliad, Achilles. Majestic gardens that stretch out to the sea probably explain why Kaiser Wilhelm II bought it after her assassination.

Authentic towns, picturesque villages, traditional settlements make Corfu’s countryside equally fascinating, whether visiting the Historical Folkloric Museum in Siranades, checking out the churches in Lefkimmi or taking in the vista from Makrades. With beaches to match all this splendor, Corfu is a Greek summer’s dream. Green-covered cliffs and olive tree forests surround the coast of Paleokastritsa, where sea caves of striking beauty wait to be explored. Rock formations create an attractive backdrop in Agios Gordios, while Pelekas’s golden sand is always a major attraction. Here, in the hilltop village, Kaiser Willhelm II marveled at the sunset, his lookout point called Kaiser’s Throne. Glyfada remains the most popular beach, gathering quite a big crowd with its crystalline waters. Nissaki resembles a blue lagoon, while Issos appears to be one with the horizon.

Corfu is a treasure trove for the cosmopolitan in you. Sail on a private yacht, enjoy dinner in one of the upscale restaurants or wear your black-rimmed glasses and disappear in the cobblestone alleys. Then return to one of the Beyond Spaces villas, where more beauty and new experiences await you. 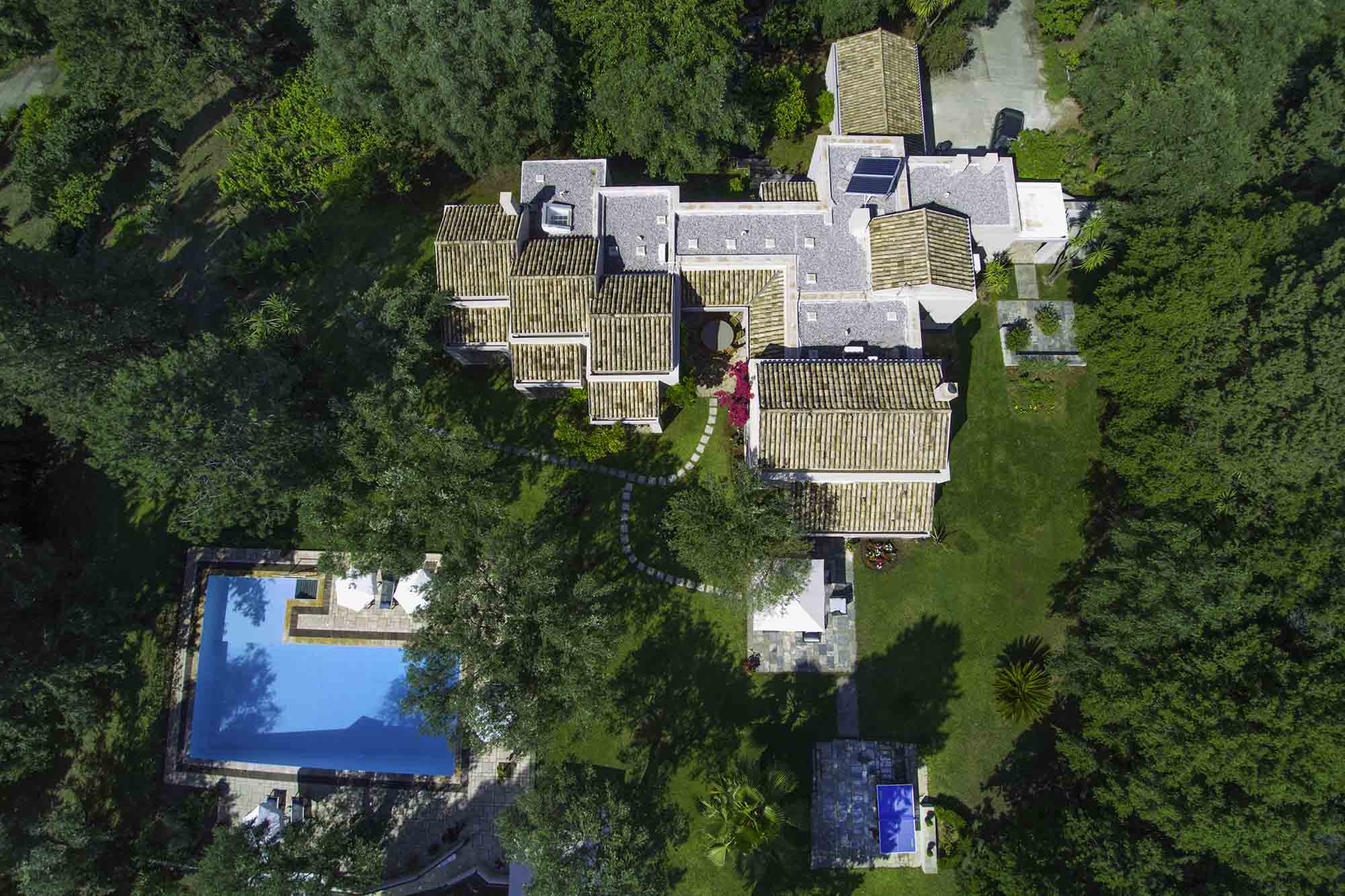 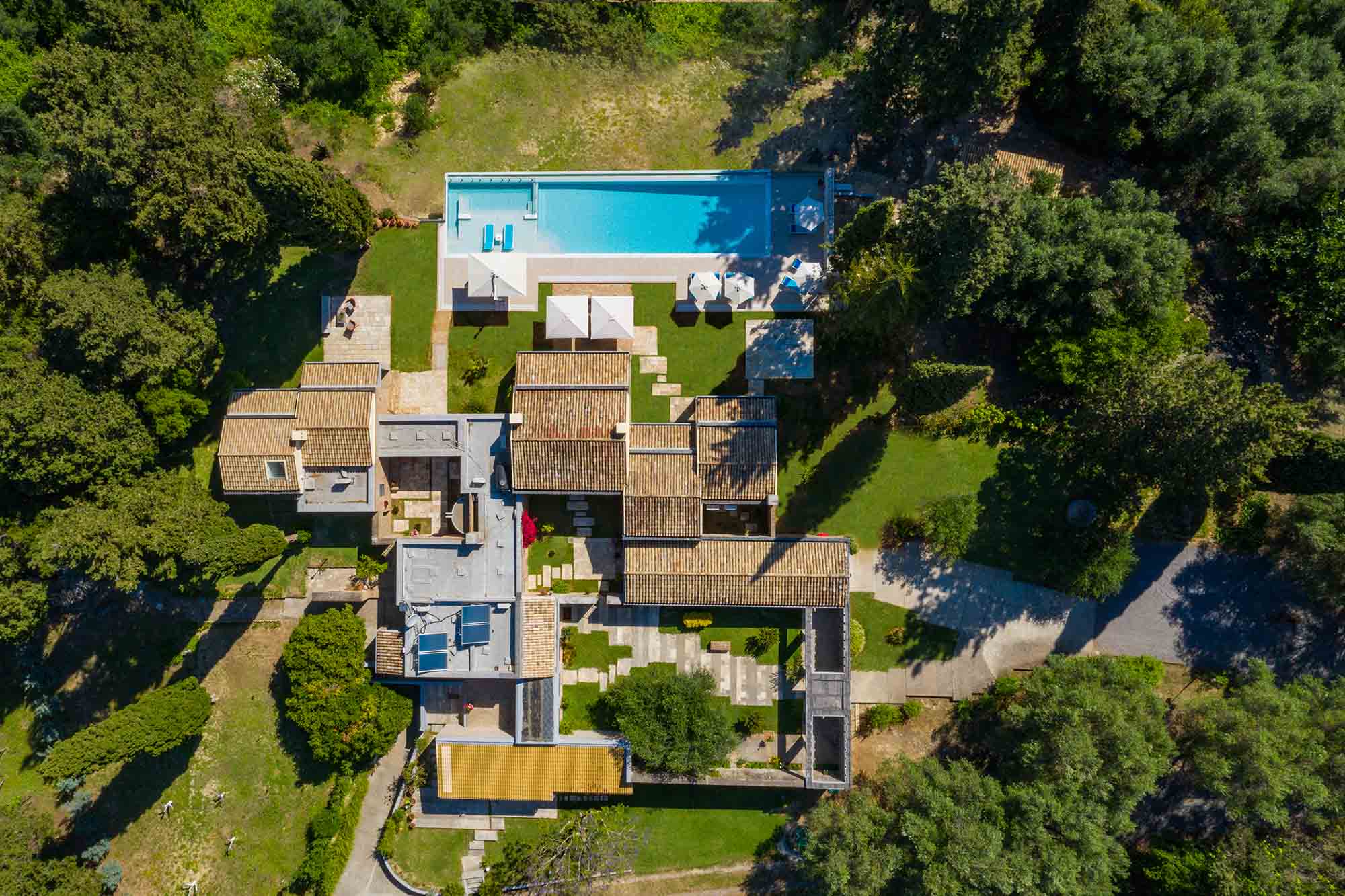 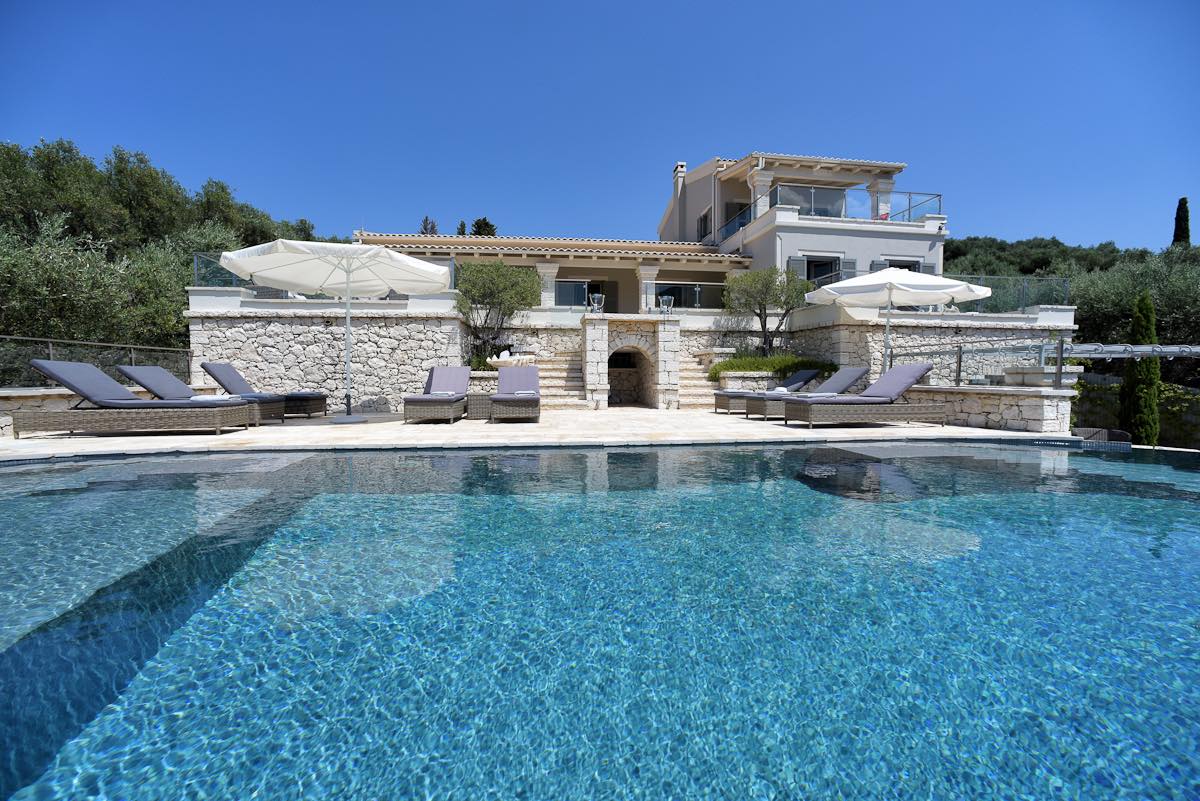